Mediterranean Seals or the Mediterranean  Monk seals are mammals that belong to the group of carnivores named Pinnipedia. This group actually includes all other species of seals, sea lions and walrus. It is believed that the first sals evolved approximately 20 million years ago. Before turning into marine predators, their ancestors used to live on land and were carnivores. For this reason, they are considered to be closely related to some land carnivores, such as bears!

The most adorable and endangered creature in the Adriatic Sea

Being the rarest of all seal species, Monachus monachus is the Mediterranean most adorable and endangered sea habitant. Until a hundred years these species were inhabiting the entire Adriatic, while today the Mediterranean monk seal is one of the most endangered mammals in the world and is on the brink of extinction. These magnificent animals used to live in larger groups, but today they are mostly individually spotted.

The official writings about the Mediterranean seal stretch back to 1777, when one specimen was caught off the island Cres. In the following centuries, it has become widespread along the entire Croatian coastline especially where there are abundant aquatic resources like waterways, reefs and caves which provide ideal habitat for these beautiful creatures.

Unfortunately, the population dramatically decreased at the beginning of the 20th century. For this reason, Croatia introduced the Dalmatian Dectet in 1935 protecting the species from disappearing. The male Mediterranean monk seal can grow to a length of 2.5 m and weigh up to 400 kg. Males are usually blackish grey with white spots on the belly. Females are somewhat smaller than males and are usually greyish in colour. They live in small, isolated groups of 5 to 7 individuals in island areas. The life span of the Mediterranean monk seal is more than thirty years, but a lot about its biology still remains unknown.

People along the Adriatic coast have known about it since ancient times, giving it various names throughout history, including the “sea-bear” and “sea-man”, as it is known in Croatia. 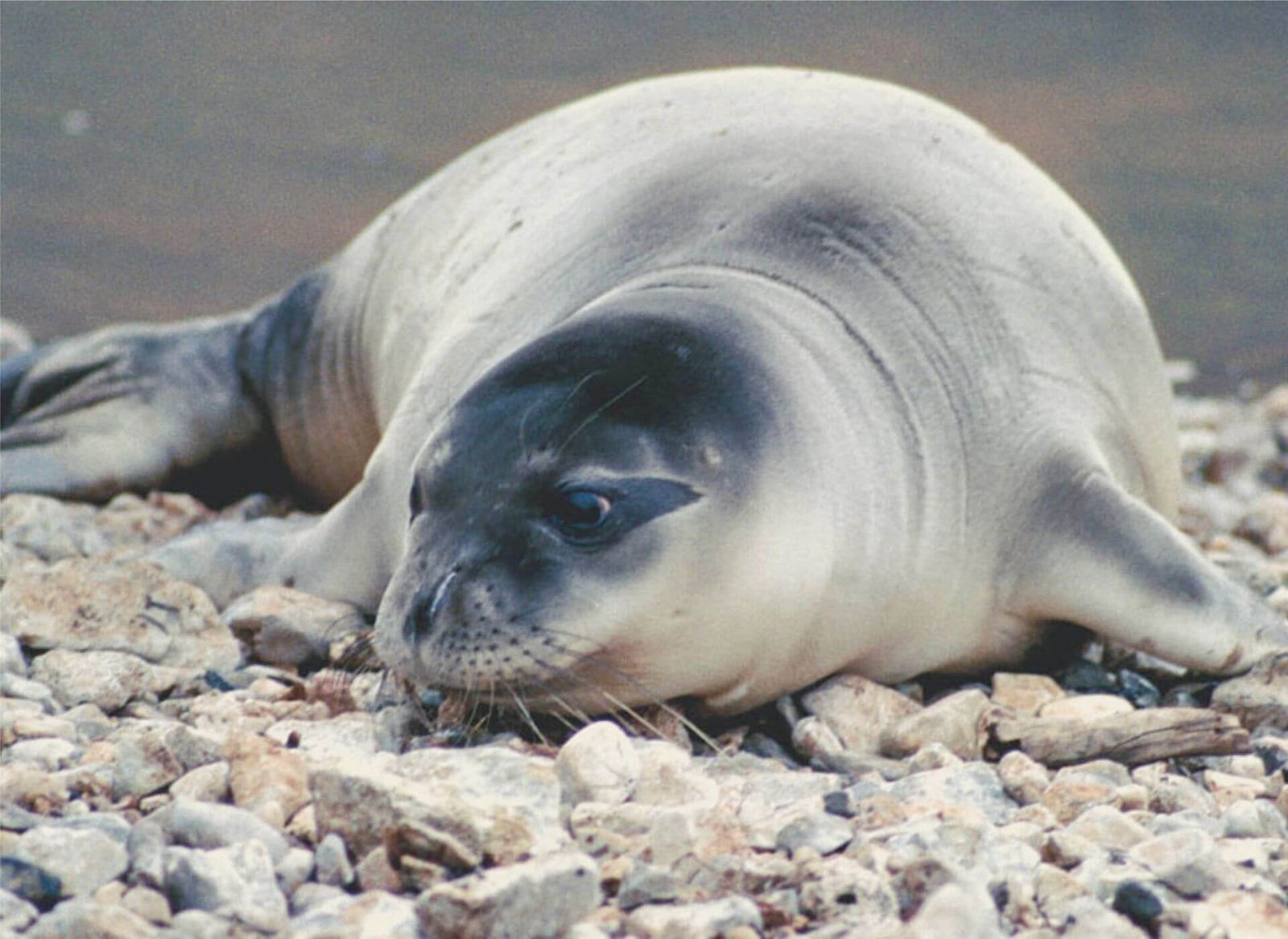 It’s coming back to Croatia

The Mediterranean monk seal was seen in Croatian waters in 2011 near Proboj on Pag island. Again, in 2012 it was seen splashing the water near the beach of Banjola next to Pula in Istria.

About 10 years later the Mediterranean seal was seen in the very south of the Adriatic Sea, more precisely near the Otranto Gate along the Albanian coast. One specimen of this rare animal was photographed while feeding in Karaburun-Sazan National Park.

At the end of last year (2021), the Spearfishing Albania Team filmed a Mediterranean bear in the same area. Such encounters are extremely important because it has long been believed that the Mediterranean seal became extinct in the entire Adriatic Sea.

An encounter with a bear “face to face” was recently recorded in a video at Cape Kamenjak in Istria. A female bear was seen there, which apparently gave birth to a cub. In recent days, activists of the group “Mediterranean Bear” have been recording a meeting with this bear near the underwater cave.

The Biom Association, together with its partners from Greece, Albania and Montenegro, is implementing the Eastern Adriatic Monk Seal Project, which aims to create the preconditions for the spread of the Mediterranean seal from Greece to Croatia and neighbouring countries.

By the end of the three-year project, the status of the monk seal population in the Eastern Adriatic will be known and suitable habitats for pupping and resting will be mapped. Recommendations for conservation measures will be drafted and national NGOs will possess the capacities to implement monitoring of species and habitats as well as to implement respective conservation measures with the support of experts.

If you wish to know more and follow the project you can do so on the following link.